Since the books were released a little later than planned, she's going to try to get back in your good graces by giving you a sneak peek from each book. Keep reading to enjoy! 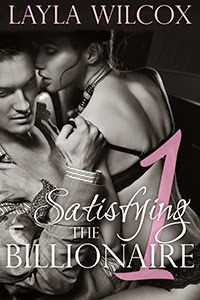 Kelsey stopped briefly to check herself in the hallway mirror. Her nurse’s cap was positioned at the correct angle and secured carefully with hairpins in her thick brunette waves. Her hair framed her face neatly.

Her eyes traveled down to check her white uniform. Kelsey ran her hands lightly over her hips to smooth away the imperceptible wrinkles. She noticed a slight panty line visible as she checked her rear, so she quickly removed her thong and stuffed it under the pile of hand towels on the bottom shelf of the cart. She pulled the front zipper down a fraction of an inch to reveal more cleavage and turned to examine herself again.

Finally satisfied with her reflection, she pushed the cart toward the double door entry of the master suite of billionaire Donovan James. She knocked lightly and entered without waiting for a response.

Donovan sat at his writing table in front of a window with his back to her. He didn’t turn around when she entered, but briefly put up his left hand, gesturing to her to come in.

Kelsey pushed the cart toward the table and placed it about six inches away from where Donovan sat. She placed her hands on his shoulders and massaged lightly. From over his shoulder, she could see about a dozen windows open on the computer screen.

“No wonder your muscles are tense,” she said.

The silk of his bathrobe felt smooth and cool on her fingertips. After running her hands lightly along his shoulders and neck, she began kneading the tender muscles to relax his tension.

Donovan groaned a few times when she worked on the knots, but otherwise kept his focus on his screen.

Kelsey slipped her hands under the collar of his robe and rubbed his skin. He flinched once, probably from the coolness of her hands on his warm skin, but still didn’t break his focus on the screen.

“Mr. James,” she whispered, bending over to speak directly into his ear. “It’s time for your morning treatment.”

Kelsey’s ran her hands down his chest and back to his shoulders, letting the robe slip down his arms.

“Should I begin my preparation while you finish what you’re doing?”

Donovan turned to her. His lips curled upward in a small smile as his eyes traveled up and down her body.

Kelsey turned to the cart, picked up a tube, and squirted a generous dollop of ointment on the index finger of her right hand. She reached between her legs and spread her lips open with her left hand, and applied the ointment along her slit. The gel softened upon contact with her warmth, and she felt a delightful tingle as she worked it down into her folds.

Kelsey moisturized herself from end to end, making sure her rear opening was well lubricated at the entrance. She wiped her hands with a sanitizing wipe when she was done.

When she turned back to Donovan, he was watching her. His silk robe was untied, and an erection poked through the opening in his matching silk boxer shorts.

Kelsey smiled and kneeled between his knees. “I see you’re ready to begin.” 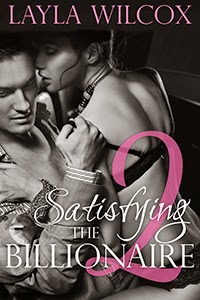 Stretched out on a chaise lounge on the pool deck, Kelsey James absently wiggled her toes and admired the shiny siren red of her freshly painted toenails. She was pleased with the new color she’d chosen, a departure from her usual preference for pastels.

She got excited when she heard the lawn mower’s buzz in the distance. The yard workers had arrived and were starting work in the front of the estate, as usual. She guessed she had at least thirty minutes or more before they’d reach the back lawn and she could put her plan into action.

She covered her eyes and peered in the windows of the master suite that opened to the pool deck. Every room that faced the pool and backyard sported floor-to-ceiling glass panels specially treated with a UV coating that allowed one to look out, but prevented harmful rays from coming in and had an additional benefit of also blocking out the view of anyone outside. Even without being able to see inside, she knew that as usual, Donovan would be at his writing desk, head down, absorbed in something on his laptop.

Kelsey picked up her cell phone and texted him. The troops have arrived. Be at the lookout spot before 1400 hours.

Her phone dinged with his reply. She got a thumbs-up icon on her screen.

Kelsey smiled at their antics, but she suddenly felt nervous. She hadn’t really thought this through very well. Sure, it sounded like fun at first. Who wouldn’t want to seduce a hot guy? Even better—not only did she have her husband’s blessing, he was watching the deed and counting on her to do a good enough job to get him off, too.

But so many things could go wrong. What if a different lawn guy showed up in the backyard? What if he wasn’t as into her as Donovan seemed to think? What if…

Her cell dinged with an incoming message.

Don’t overthink this. You’ll do great. Just be yourself.

Kelsey nodded, knowing he could see her. She leaned back into the chaise and closed her eyes to clear her head. After three slow, deep breaths, a mantra popped into her head. She whispered it. “I am a sexy woman, and hot men are drawn to me.”

Liking the way it sounded and the effect it had on her consciousness as well as her private parts, Kelsey said it aloud ten times, imagining the blonde handsome lawn worker laboring over her instead of the garden.

When she was done, she opened her eyes and walked over to the pool steps, untying and draping her bathing suit top on the rail, where it would be noticed. As she waded into the temperature-controlled waters, she could see her reflection in the windows of the house. She knotted her long hair in a temporary bun. It would hold up long enough for her to dip in and get wet with soaking her locks in the chlorinated water.

She lowered herself in the water and sprang up. Even though the air was warm, the heated water was warmer, and her nipples popped out like corks. Delighted with the sensation, she cupped her breasts and held them out, as if she was offering them to a lover.

Kelsey turned to the window to admire them in the window’s reflection and caught sight of the young man standing at the edge of the deck. He held trimming shears in one hand. In her surprise, she instinctively covered her nipples with her hands.

“Oh!” she gasped. “I didn’t hear the gate open. How long have you been here?”

It was him. The handsome, blonde hunky lawn guy with the upper body to die for. He wiped his brow with his free hand. His eyes were fixed on her breasts, and he didn’t bother to raise them when he spoke.

“Just got here, ma’am. Do you want me to come back later?”

Kelsey tried to collect herself. Her plan to seduce him didn’t include this surprise. She was supposed to be in the spa when he came.

She dropped her hands and gave him an unobstructed view before lowering herself into the pool until only the round tops of her exquisite tits rested above the water.

He picked up the shears and began to trim the hedges at the edge of the pool deck.

She noticed he glanced up at her frequently. She needed to rethink her plan. She didn’t mind improvising, but she worried that if she began too soon, Donovan would miss something. After all, she thought she had about thirty minutes when she texted him. But he had full view of the pool area from where he sat, so he probably knew what was going on. Didn’t matter. She’d make sure he got to see plenty.

Kelsey inched over to the steps and closer to Lawn Guy. She backed up on the steps and rested her bottom on the second step down, resting her elbows on the first step. Her breasts were out of the water, and her nipples were standing up at attention. She untwisted her hair and her long locks fell around her shoulders. She flicked back the ends so that her mane fell down her back, and her breasts remained in full view.

She watched his well-developed biceps flex as he sheared and wondered what it would feel like to have his strong arms wrap around her as he pulled her into his broad chest. He was wearing gloves, but she imagined his rough worker’s hands cupping her breasts and tweaking her nipples between his thumb and forefinger.

As she envisioned those hands traveling down over her abdomen and into the folds between her legs, she felt the sweet pain of arousal shoot from her belly to her sex and knew it was time for the games to begin.

Posted by Shelley Lieber at 7:43 PM No comments: